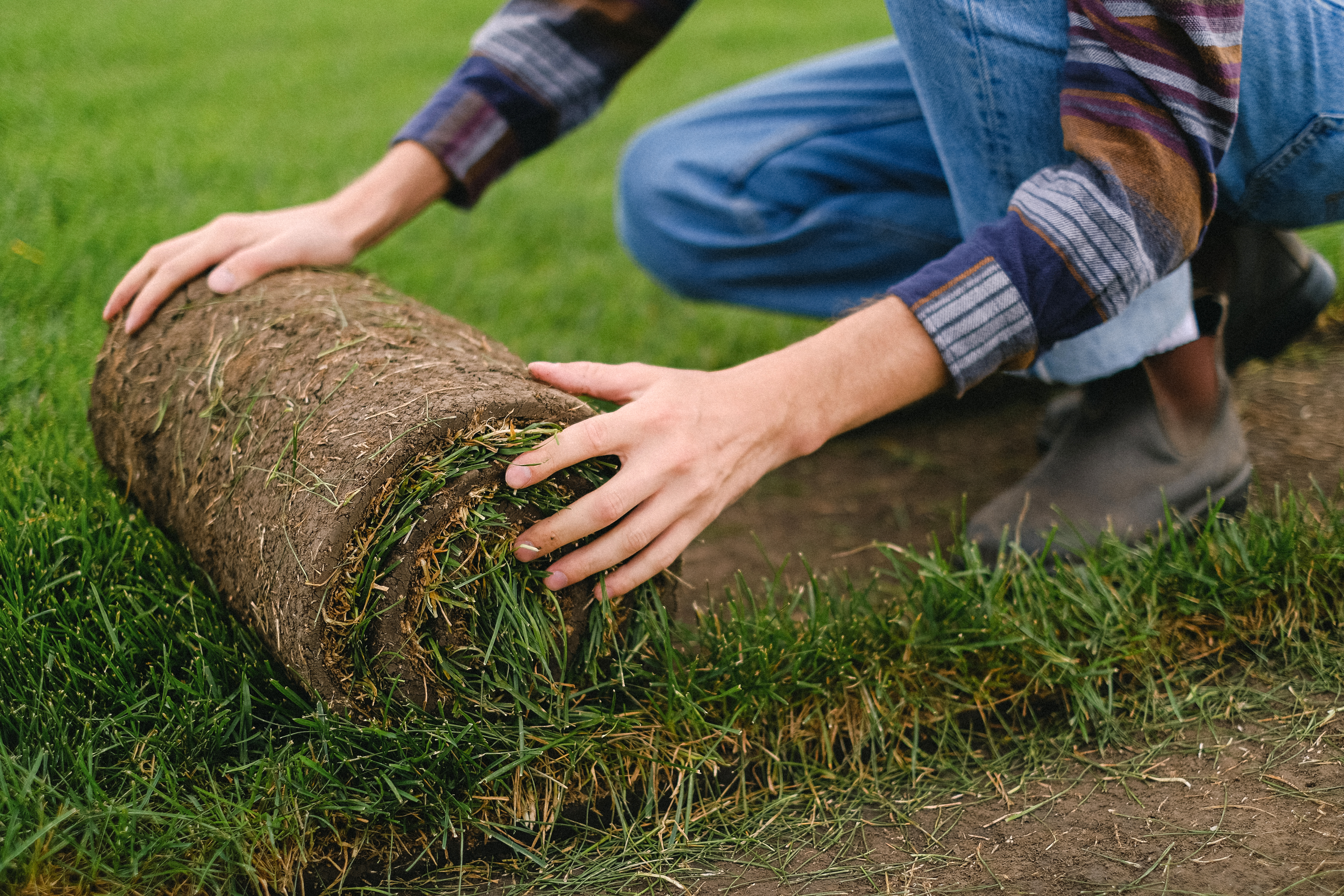 A partnership venture starts out as a brilliant idea between at least two entities. The company may build on friendships that it is proposing to extend into a new business deal. You agree that it’s a good idea, sign the agreement, get started, and the partnership can work fine for a while, until cracks start to appear. The financial costs of not adequately planning your partnership venture before reaching the agreement can easily be amplified by the costs of damage to friendships and loss of reputation. For some time now, I have been talking to people who have experienced failed partnerships in partnerships. There were too many similarities and some shocks. Based on these conversations with people who have experienced partnership failure, I have compiled a list of 18 possible reasons why a reported 50% of partnerships fail in the first 2-3 years:

1 Too many chefs in the kitchen. When meeting, partners gravitate toward others with similar abilities. Tradies with similar backgrounds working together are a good example. They may have different technical skills that formed the basis of their partnership, but what they possibly needed was a business-minded partner. Gathering technical skills for a growing market presence may seem attractive, but there is not enough diversity to add value to existing skills and experience.

2 Different (and conflicting) values. In retrospect, conflicting values ​​appear as a contributing factor to the failure of the association. A partner with a strong set of family values ​​will eventually conflict with a partner who puts business first. What is the workload of 80 hours a week for the company to make a lot of money or a business structured around family time? These differences may not be addressed at first, but they will quickly become a sticking point and a potential deal breaker.

4 At least one of the partners is a control freak and treats the others as personal. The need to control is a common trait of business owners. Most business owners have it. So why do they forget about this when they get together? At first, partners may try to compromise and make collective decisions. But for various reasons, at least one of the partners will break the silence and move front and center. There are several ways they take control. They may feel like they need to take control to get things done. Their ego can lead them to show their control in front of customers. If there is no clear delineation of roles and responsibilities, partners can extend their control over other partners and, in turn, confuse staff.

4 Imbalance of effort. This is where one partner claims to be spending more time and energy than the other (s), which may be the case, agreed or not. Much of this is due to the perceived value of the partnership company and the time and resources available. A good exploration of the value of the partnership, return on investment, commitment and resource requirements at the beginning, will inform an agreement that clearly sets out to identify the effort required from each partner for the company to function. Any conflict in these agreements must also be addressed through the terms of the agreement.

5 Partners are not transparent, especially when it comes to money. This is an all too common deciding factor for associations. One entrepreneur claimed, after three bitter corporate failures, that his greatest learning was that “whoever controls the money has the power.” While this statement is open for debate, your point of view represents partners who have received a lack of transparency from their colleagues. Too often, we hear about partners diverting funds and leaving the remaining partners with significant debt.

6 Partners who contribute hidden debts to the company. You probably wouldn’t think it was possible, but we came across two partnerships where the partners had tried to bring hidden debts into the deal. One was seen before the arrangement could continue. The other was not and the innocent partners were left with the debt. We can’t be too careful when it comes to risks.

7 hidden calendars. It’s okay to partner with an agenda. That is a benefit. However, things get ugly when it becomes apparent later on that there are other, less than altruistic, reasons for entering the partnership venture. Be clear up front. Agendas discovered later on will inevitably lead to mistrust and the breakdown of the association.

8 Lack of communication. When communication breaks down, there is at least some recourse to find out what went wrong, but miscommunication is a symptom of a lack of planning: who does what, reporting, and accountability. Even with planning, a partner can take on a leadership role and not stay in regular communication with partners, staff, and other stakeholders. Many cases of dissatisfaction and mistrust have their origin in the lack of definition and follow-up of a good communication plan.

9 Too, too fast. A partnership company that moves too fast without including internal stakeholders is heading for trouble. Without a good plan, change bogs down in resistance compounded by fear. It takes time to integrate systems and resources. Moving too fast for no good reason slows down the process. A strategy that incorporates change enablers and a change management plan is more likely to be successful.

10 A job versus a business? Partners, especially when it comes to a two-person partnership, can approach the business from different mindsets. One partner may depend on carrying out the next commission or contract, while the other thinks the big picture and builds the customer base. While this could be a good combination, each partner should recognize the value the other brings to the business and take it into account when dividing the profits.

11 There is no agreement or elements are missing from the agreement. There are many levels of association, not just a formal trade association. There may be strategic alliances, project-based partnerships, and joint ventures. Some will start in trust without an agreement, others will require a legal agreement. When problems start, the logical first place to look is the agreement. Without the signed agreement, things can go unresolved and may require legal intervention.

12 Management and priorities change: partnership company becomes irrelevant. This is particularly true with strategic alliances. For many, the original negotiation would have taken place at a middle management level. The concept may have aligned with strategic priorities at the time, but things change. Policy directions change. Financial positions change. Without ongoing commitment from the top, the partnership venture can become irrelevant to partners who will take their interests and priorities elsewhere.

13 Differences of opinion: who wins the argument? This may also be associated with some of the other reasons why partnerships can fail. If there is a dispute between partners, how do you deal with the problem? A good dispute resolution clause in the formal agreement should mitigate the issues and address the argument, but it’s not always that easy. The argument may be more fundamental than within the confines of the association. It can be personal. How can an association be continued when wounds are not healing fast enough?

14 The balance of power shifts when family members are recruited to ‘help’ with day-to-day operations. This is a common factor in breaking partnerships. A partner will suggest a family member to help him with some aspect of the business. This seems like a good idea at first. It may be the correct move, but in other cases, a change in the balance of the association is perceived. Problems may arise with the payment to the family member. One partner may find himself competing and alienated from the other partner and his family member in making decisions.

15 There is no exit clause. A strong but obvious recommendation from people who had previously been burned by associations was to make sure there is an exit clause in the deal. This clause is one of the most important, but it can be easily overlooked or overlooked. It defines what happens to intellectual property, earnings, debts, customers, and other considerations, in the event the partnership ends or when it terminates. This is particularly important if the members contribute assets to the association and wish to keep them later.

16 No policies and procedures and / or documented system. This is also associated with the problem of too much too fast. The partners will bring to the company their existing ideas about systems and processes that need to be streamlined for the new company. The company can generate additional staff and resources. If there are no documented policies, procedures or systems, as with all businesses, the company is high risk.

17 Not solving problems when they first occur. Examples of failed partnerships are riddled with problems that were not addressed as soon as they occurred. These could have occurred between partners who did not feel safe to raise issues, especially in the early days. If not resolved, this practice can become toxic to the association.

18 I didn’t need a partnership in the first place. What if you enter a society and find that it is not what you want? Over time, he discovers that he does not feel comfortable giving up some of his power. You start to notice the irritating habits of your partner (s). You prefer to be your own boss and manage your own staff. You discover that you could have achieved what you set out to achieve in another way. For these companies, a little research planning early in the partnership journey could have saved them from the experience. A partnership is probably not the right choice.